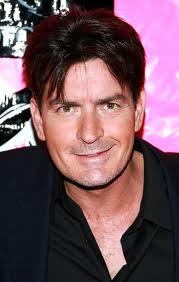 Some tabloid editors cried, others breathed a sigh of relief, after Two and Half Men star Charlie Sheen called an end to his recent media blitz that included last night’s hour-long interview on ABC’s 20/20 and a story in The New York Post featuring live-in girlfriends Rachel Oberlin, better known as porn actress Bree Olson and Natalie “Natty” Kenly, a former nanny and cover girl for the pot magazine Cali Chronic X.  Maybe Sheen planned to exclusively use his newly established Twitter feed to communicate all thoughts and feelings to the world including reaction to losing custody of his twin boys to ex-wife Brooke Mueller.

Battling Sheen in the professional meltdown category was former Dior Chief Designer John Galliano who lost his job at the historic fashion house after news of his anti-Semitic and racist comments directed at a couple in Paris and video of him declaring admiration for Hitler. Oscar-winning actress Natalie Portman, who has an endorsement contract with Dior for Miss Dior Cherie fragrance, publicly condemned Galliano and stated that she would not work with him.

London fashion editors continued to express disbelief at the video that showed Galliano drunkenly slurring to strangers that he “loved Hitler” and Jews should have “all been gassed” but only designer Patricia Field promptly came to his defense, according to The Hollywood Reporter, with a posting on her Facebook page.

“People in fashion, all they do is go and see John Galliano theater every season,” Field wrote. “That’s what he gives them. To me, this was the same except it wasn’t in a theater or in a movie. John Lives in theater. It’s theater. It’s farce. But people in fashion don’t recognize the farce in it. All of a sudden they don’t know him. But it’s OK when it’s Mel Brooks’ The Producers singing ‘Springtime for Hitler.’”

The publicity budget for Harry Potter and the Deathly Hallows: Part Two just shot up thanks to star Daniel Radcliffe’s commitment to the latest Broadway revival of How To Succeed in Business Without Really Trying. According to The New York Post, Warner Bros. bought out the whole theater for the nights Radcliffe would have to miss shows in order to publicize the final Harry Potter extravaganza for a reportedly $500,000 expense.

On the subject of summer blockbusters, fan boys and girls swooned over the new image of January Jones and Kevin Bacon from X-Men: First Class at Empire Magazine. Jones, looking very Pussy Galore as villainous Emma Frost in a white jumpsuit, and Bacon, channeling Rock Hudson in a pinstriped suit as Hellfire Club leader Sebastian Shaw, continued the wave of positive publicity for what’s looking to be the most stylish of this summer’s superhero movies. X-Men: First Class hits U.S. cinemas June 3.