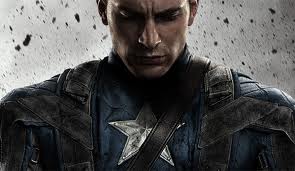 Paramount Pictures and Marvel Studios made two titles available to foreign buyers of their upcoming superhero blockbuster Captain America: The First Avenger in order to sidestep any possible dips in box office in faraway lands where the word “America” does not necessarily attract audiences.

The Guardian reported today that Russia, Ukraine and South Korea chose to release the World War II-set action movie under its second title: The First Avenger.

No word yet on a title choice for China, which has a policy of only releasing 20 foreign films each year. Captain America might not even make the theatrical cut as far as China’s concerned.

The arts pub Hi-Fructose featured Parisian artist JR and his “Pervasive Art” installations from the slums outside Paris to favelas in Brazil. Their latest photo gallery on JR focused on his New York City street installations; part of the Inside Out interactive and participatory street art project. For his New York photomurals, JR emphasized Native American themes like war paint smears across a subject’s face. Perhaps, JR wanted to make a comment about the Canarsie Indians selling Manhattan to Peter Minuit for an estimated $24 in trinkets.

Jonathan Glancey interviewed 82-year-old architect Frank Gehry in The Guardian on the occasion of his first skyscraper and his first major New York project, the 76-story residential tower at 8 Spruce Street in Lower Manhattan near the Woolworth Building and the Brooklyn Bridge.

Gehry went on to describe the 10,500 steel panels that make up the tower’s trademark sculpted folds reminiscent of Bilbao Guggenheim and Walt Disney Concert Hall in L.A. as well as its sheer sheet of stainless steel that makes up the tower’s straight south side.

“I don’t want to do architecture that’s dry and dull,” Gehry told The Guardian. “When you talk to New Yorkers, like the guys you met in the Irish bar across the way from 8 Spring Street, like my dad, you want to show them something like Bernini or Picasso, not some dumb thing that bores the pants off everyone.”

“My injury is an internal one and so no one can tell me exactly how long it’s going to take,” LeBon, 52, told The Independent. “I need to take some more time away from shows to get back to full strength.”

Duran Duran cancelled appearances in Dublin, Paris as well as a slot at the iTunes Festival in London.