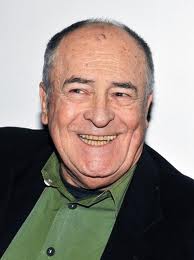 Master director Bernardo Bertolucci showed his interest in new technologies when he said that his next film would be shot in 3D. In an interview in London’s Independent, the 70-year-old Italian director confirmed a fall start for the movie, based on the Italian novel Me and You by Niccolo Ammaniti.

“I want to use 3D in a different way from what we have seen in films like Avatar or other films characterized by special effects,” Bertolucci said. “I want to sit on the flying carpet this technology offers. I want to use the technology to go even more in-depth on the characters.”

Me and You would be Bertolucci’s first movie since The Dreamers, a romance set during the student riots of ’68 in Paris, which came out in 2003.

Jodie Foster premiered her latest film The Beaver at SXSW in Austin, Texas and used the occasion to speak out in support of her star and longtime friend Mel Gibson who plays a man suffering from depression who treats a beaver hand puppet as a real animal.

“People will see the movie and they’ll see what an incredibly deep and committed performance he gives and hopefully they’ll have some insight into who Mel is as a human being,” Foster told People, who directed Gibson in The Beaver in addition to playing his wife in the movie.

While Foster was at SXSW, Gibson remained in Los Angeles where he was fingerprinted and photographed for his misdemeanor battery charge for allegedly assaulting Oksana Grigorieva, his former girlfriend and mother of his one-year-old daughter Lucia.

“At this particular place the most beautiful part of Mel, I think is onscreen,” Foster added. “Obviously we’re playing characters but it’s our gestures and our psyches that are on the line and this film is all about a lot of what Mel cares about.”

According to The Hollywood Reporter, Garrison Keillor announced that he planed to retire at 70 in Spring 2013 from his long-running radio show A Prairie Home Companion.

“The reason to retire is to try to avoid embarrassment,” Keillor told AARP. “You ought to do it before people are dropping big hints.

Keillor left the show once before in 1987 but returned two years later. Recently, musician Sara Watkins served as a guest host on Jan. 15, perhaps as a teaser for future seasons without Keillor.

The popular daily deal website Groupon partnered with Lionsgate to offer a two-day sale for half-price tickets to its upcoming suspense drama The Lincoln Lawyer starring Matthew McConaughey. According to The Los Angeles Times, it would be the first time Groupon, best known for its restaurant promotions, partnered with a Hollywood studio.

Lionsgate Vice Chairman Michael Burns credited Groupon for helping “reach out to our consumers with targeted, cost-effective and innovative campaigns.”

Can you imagine a time, sooner than one thinks, when Groupon will help determine which films top the weekend box office charts?