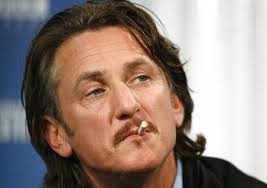 “They boil my tiger blood like a microwave on meth, Sheen said on-air. “They have this magical presence that just makes you feel alive and focused, Jealous, much, everybody?”

On the side of bad luck, Warner Bros retained law firm Munger Tolles & Olson to battle Charlie Sheen over any future lawsuits.

According to The Hollywood Reporter, the latest chapter on the Charlie Sheen lunacy involved actor Sean Penn defending the Two and a Half Men star after inviting Sheen to join him on a relief mission in Haiti.

“Charlie is one of the very few public peope who cannot be accused of using the media to his own benefit,” Penn said.

Susanne Bier, who won the Best Foreign Language Film Oscar for her Danish drama In a Better World, continued her winning ways with news of casting Pierce Brosnan in her upcoming romantic comedy All You Need Is Love.

“It’s a tender story with a much lighter atmosphere than my previous works, enough with conflicts,” Bier told London’s Independent.

Don’t expect any future Oscar nominations but fans celebrated the news in Empire of Milla Jovovich and director/husband Paul WS Anderson re-teaming for Resident Evil 5. Sony confirmed the release date September 14, 2012 for the latest in the franchise based on the popular video game without any firm details on script or cast.

1 comment for “The Morning Feed: Sean Penn Shouts Out Support To Charlie Sheen!”