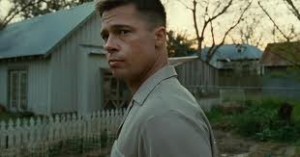 The 64th Cannes Film Festival came to a close yesterday and according to The Guardian Terrence Malick’s The Tree of Life, a drama about a 1950s Texas family, starring Brad Pitt as a somewhat stern father and Sean Penn as his present-day son, won the prestigious Palme d’Or award.

The Tree Of Life, an artful drama that makes a poetic connection between a 1950s family and the creation of life, was Malick’s first film since his 2005 drama The New World about John Smith and the founding of Jamestown.

Malick’s controversy paled compared to the major news story of the festival, Danish director Lars von Trier and his outrageous anti-Semitic jokes and comments about “sympathizing with Hitler” at a May 18 press conference for his end-of-the-world drama Melancholia and his subsequent ban by festival directors.

Von Trier’s film remained in competition and its lead actress Kirsten Dunst received a Best Actress award  for her performance.

Hollywood studios continued to be savvier than ever when it comes to fueling the passions of the fanatic fan boys and fan girls who pack cinemas for the latest superhero movie. The web caught fire May 20 thanks to the Warner Bros. viral marketing campaign for The Dark Knight Rises, the next installment from filmmaker Christopher Nolan in the Batman franchise.

In the photo, Hardy’s turned away from the camera with his face covered by an ominous black guard. What fans noticed immediately were Hardy’s bulging back and shoulder muscles.

Fans stitched together their idea of the plot for the upcoming movie. They believed Batman (Christian Bale) fights the mysterious League of Shadows; the army of assassins led by Ra’s al Ghul (Liam Neeson in Batman Begins). Except this time the League would be led by his daughter Talia al Ghul (Marion Cotillard) and her henchman Bane (Hardy).

The 1848 Cincinnati Panorama, a 19th-century daguerreotype taken by photographers and early creatives Charles H. Fontayne and William Southgate Porter on Sept. 24, 1848 of the Cincinnati riverfront from a bluff across the Ohio River in Newport, Kentucky, was unveiled for public display May 21 at the Main branch of the Public Library of Cincinnati and Hamilton County in downtown Cincinnati.

Ralph Wiegandt, senior project conservator from the George Eastman House International Museum of Photography and Film in Rochester, NY, referred to the eight separate 8 ½ by 6 ½-inch plates as an “iconic American treasure” to The New York Times.

Daguerrotypes captured light on silver-coated copper plates coated with iodine and bromine and the process achieved amazing detail more precise than any film photography and the delicate art worked required extensive restoration, stabilization and mounting from conservators at the Eastman House. Research by the library’s genealogy and local history department throughout the seven-year  project with recent support work from the digital services staff allowed viewers to magnify points of interest in the panorama and learn more about the people and places on the Cincinnati waterfront from 163 years ago.

Specialty film fans and colleagues paid homage to Donald B. Krim, a distribution exec at United Artists Classics who bought Kino International in 1977 and steadily grew the company into a significant distributor for classics like the restored Metropolis and foreign-language films such as the 2010 Greek drama Dogtooth.