A lot of forward-looking chatter this week with eyes peeled on the second of 2016’s comic book blockbusters, Batman v Superman: Dawn of Justice and its March 25 opening. Still, this mid-March weekend has a fantasy franchise to call its own. 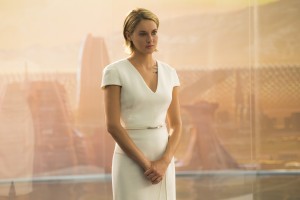 Shailene Woodley stars as ‘Tris’ in THE DIVERGENT SERIES: ALLEGIANT.

The Divergent Series: Allegiant, the third installment in the Lionsgate franchise, features Shailene Woodley as Tris Prior, a young rebel battling leaders who separate the residents of future Chicago into distinct factions based on virtues. Because Tris is a “divergent,” meaning she doesn’t fit in any pre-ordained boxes, she leads others like her to make the world a better place.

Woodley is the face of The Divergent Series; much like Jennifer Lawrence is the face of The Hunger Games franchise and Kristen Stewart headlines the Twilight movies. Jeff Daniels, Octavia Spencer, Miles Teller, Maggie Q, Mekhi Phifer and Naomi Watts co-star with Robert Schwentke adapting the latest movie based on Veronica Roth’s Divergent books. For those counting at home, Ascendant, the final film in The Divergent Series, arrives in cinemas next year. 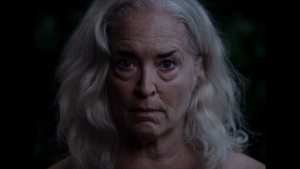 Krisha Fairchild inspired the family drama as well as plays the lead role in the acclaimed indie release ‘Krisha.’

Writer/director Trey Edward Shults draws inspiration from family history for his low-budget addition drama Krisha. He casts his very own aunt, Krisha Fairchild, in the lead role and shoots the indie movie over nine day at his mom’s Texas house. A hit at the 2015 SXSW and Cannes film festivals as well an Independent Spirit Award winner (Best Film Shot Under $500,000), Krisha continues its breakout tale with A24 launching its platform release in New York City and Los Angeles.

The Zeitgeist Films release begins its platform roll out at the recently opened Metrograph at No. 7 Ludlow Street in New York City.

Bryan Buckley has been called “King of the Super Bowl” after directing some 50 commercials for the big game since 2000. The “Commercial Director of the Decade” takes a stab at feature filmmaking with The Bronze, a 2004-set comedy about Hope Ann Gregory (Melissa Rauch), a one-time American sports hero after winning the bronze medal for the women’s gymnastics team. Still living in her small hometown, washed-up and embittered, Hope is forced to reassess her life when a promising young gymnast threatens her local celebrity status. Gary Cole and Cecily Strong co-star in the Sony Pictures Classics release. 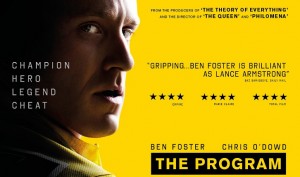 The Program opens in select cinemas and streams via Monument Pictures.

Released under Sony’s faith-based Affirm shingle, Miracles from Heaven tells the story of a ten-year-old girl who mysteriously recovers from a seemingly fatal disease. Jennifer Garner plays the young girl’s mother in the adaptation of Christy Beam’s book.