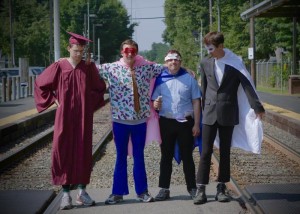 In this coming of age documentary, four friends on the autism spectrum whom have bonded through humor and performed as the comedy troupe Asperger’s Are Us will prepare for one final, ambitious show before going their separate ways.

Great chatter, insightful panels and even greater deal making continues to flow from SXSW with movie fans, tech leaders and musicians converging on Austin, Texas. Lots of opening weekend buzz for the Blumhouse-produced thriller Hush, about a deaf woman in a secluded house fighting off a deadly intruder; and Asperger’s Are Us; a documentary about a Boston comedy group comprised of men with Asperger’s, from first-time filmmaker Alex Lehmann. Fans of Comedy Central comics Keegan-Michael Key and Jordan Peele are stinging from the mixed reviews for Keanu, their caper comedy about a kidnapped cat. Promoted as a work-in-progress screening, there’s still time to tweak Keanu before its April 29 opening. 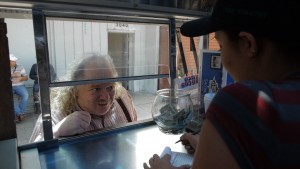 Filmmaker Michael Showalter collaborates with Academy-Award winner Sally Field for Hello, My Name Is Doris, a sweet-natured romance between an older woman and a younger man.

Filmmaker Michael Showalter collaborates with Academy-Award winner Sally Field for Hello, My Name Is Doris, a sweet-natured romance between an older woman and a young art director (Max Greenfield) at her workplace.

In Eye in the Sky, director Gavin Hood (Tsotsi) enlists Helen Mirren as a British military officer leading a secret drone operation against terrorists in Kenya. Aaron Paul co-stars as a U.S. pilot who triggers controversy when a young girl enters the “kill zone” of their terrorist targets. Jeremy Northam and the late Alan Rickman co-star.

Director Francisco Orvañanos directs psychological thriller Backgammon, from Monument Releasing, about a weekend visit among friends at a rural mansion that turns sexy and sinister.

Described as a “blood relative” to the cult monster movie 10 Cloverfield Lane director John Trachtenberg delivers a thriller about a woman (Mary Elizabeth Winstead) who wakes from a car accident in an underground bunker. The bunker’s owner (John Goodman) insists he’s saved her life from a worldwide chemical attack. J.J. Abrams produces.

The Brothers Grimsby director Louis Leterrier draws inspiration from spy movies with the story of Nobby an English football fan (Sacha Baron Cohen) reuniting with his little brother Sebastian (Mark Strong) only to learn he’s a MI6 assassin. Of course, true to the spirit of spy spoofs, the dimwitted Nobby ends up needing to to rescue his James Bond-like brother.

Finally, the recently opened Metrograph at No. 7 Ludlow Street in New York City; continues its series on French master Jean Eustache, the director of the 1973 classic The Mother and the Whore.

Meanwhile, uptown, the Film Society of Lincoln Center presents Golden Days: The Films Of Arnaud Desplechin, featuring a lineup of nine films including his 2004 drama Kings and Queen and his latest drama, My Golden Days.