I may not visit the neighborhood comic book shop as often as during my college days but I remain a passionate superhero and fantasy fan. 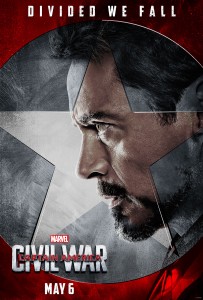 Iron Man himself, Robert Downey Jr. is promoting the upcoming Captain America: Civil War as “The Godfather of superhero movies.” 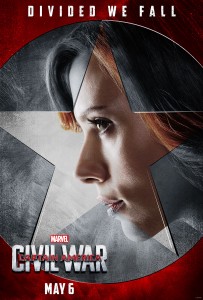 Iron Man himself, Robert Downey Jr. is promoting the upcoming Captain America as “The Godfather of superhero movies,” which means no sleep till the film’s May 6 opening.

In the meantime, keep building excitement about Captain America (Chris Evans) and his supporters in all-out battle with Iron Man and his colleagues with these Team Iron Man character posters. Honestly, if I had room on my office walls, I would be hanging up these advance one-sheets while writing this column. 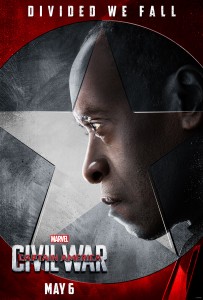 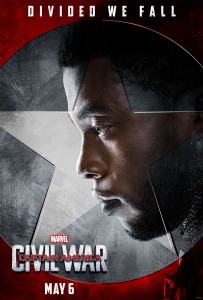 Excitement keeps building for Batman v Superman, opening March 25. Keep in mind the latest blockbuster from the DC Universe is an important set up for Justice League, scheduled to open Nov. 17, 2017 from Warner Bros.

Ben Affleck, Henry Cavill and Gal Gadot will return as Batman, Superman and Wonder Woman with J.K. Simmons joining the action as Commissioner Gordon. Zack Snyder is the director on both movies. 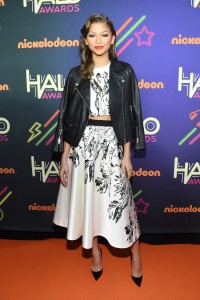 Zendaya – star of the Disney Channel series Shake It Up! and K.C. Undercover lands a supporting role on Marvel and Sony’s Spider-Man reboot featuring Tom Holland as the web-slinging hero. No word yet from the Hollywood trades on Zendaya‘s character in Spider-Man.

Annabelle Wallis is in talks to play the female lead in Universal’s present-day The Mummy starring Tom Cruise. Wallis is best known to Netflix audiences for her role in the period gang drama Peaky Blinders as well as the movies Annabelle and Brothers Grimsby. According to Variety, Wallis looks to join Jake Johnson and Sofia Boutella in the cast. 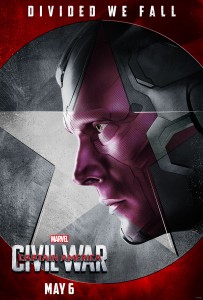