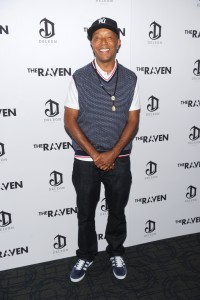 Russell Simmons brings the spotlight to his YouTube Multi-Channel Network All Def Digital by producing its first awards show, the All Def Movie Awards.

The “Oscars So White” chatter keeps building with the 88th Academy Awards just three days away. Thankfully, Russell Simmons, a leader in media, entertainment and culture who understands the value of taking good risks, is offering an alternative to Oscars Night.

Simmons brings the spotlight to his YouTube Multi-Channel Network All Def Digital by producing its first awards show, the All Def Movie Awards, something sassier than the American Black Film Festival Awards in partnership with BET Networks.

After handing out major awards last night at the TCL Chinese Theatre in Los Angeles to Creed and Straight Outta Compton, with Chris Rock’s brother Tony as host, no less, Simmons’ All Def Movie Awards will air 7 p.m. EST Sunday on Fusion opposite ABC’s telecast of the 88th annual Academy Awards.

“The All Def Movie Awards are meant to fill a generational and cultural void – just as the MTV Movie Awards did,” Sanjay Sharma, ADD President and CEO, told Variety.

All Def Movie Awards include actor and actress categories as well as Best Helpful White Person and Best Black Survivor in a Movie.

Get ready for protest viewing and alternative parties and probably some good-natures jabs at Oscars host Chris Rock; some not-so-good-natured ones, too. 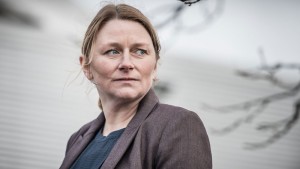 Prey is a detective series built around two three-episode arcs, each centered on a case being investigated by DS Susan Reinhardt. (Rosie Cavaliero).

More and more TV bombshells continue to explode via streaming.

Fuller House, a spinoff of the classic ABC comedy Full House, enjoys its Season 1 premiere 3:01am ET Friday on Netflix. Look for a cast reunion from the original sitcom and in the words of John Stamos’ character Jesse Katsopolis, “damn, we all still look good.”

Fans of the ABC classic comedy will probably agree. More importantly, families will have something to binge watch on Netflix, a media company better known for its mature fare.

Fans of Spike’s Lip Sync Battle have a reason to celebrate. The Hollywood Reporter reports that a kids-themed version called Lip Sync Battle Jr. is being planned for Nickelodeon