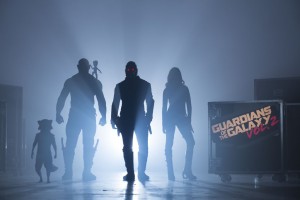 Director James Gunn announces via Twitter that production is underway on ‘Guardians of the Galaxy Vol. 2.’

After the blockbuster debut of Deadpool, Hollywood is fixated on all things superhero. Me too. That’s why I created “Tights & Masks,” a weekly dashboard that gathers, curates and shares news from the latest genre productions.

According to Variety, Paramount and J.J. Abrams’ Bad Robot Productions set Feb. 24, 2016 as the release date for God Particle, a sci-fi thriller about space station astronauts fighting for their survival. Julius Onah (Broken Check) is directing.

Fresh off the smash debut of his comic book actioner Deadpool, Ryan Reynolds is in talks to star opposite Rebecca Ferguson in the sci-fi drama Life.

← Hi-Fi: 58th Annual Grammys Highlights include Kendrick Lamar and Adele
This Week in Cinemas & Streams: Travel Back To 1630s New England and meet ‘The Witch’ →