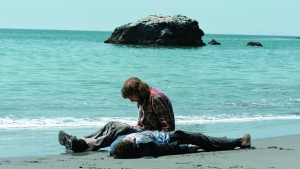 People always remember the Cinderella stories. I guess we’re just wired towards happy endings. Yet, when it comes to the Sundance Film Festival, breakout hits like Beasts of the Southern Wild and The Blair Witch Project are bold exceptions.

Sundance, the real, boots-on-the-ground, no-spin version of the indie film festival, is a history of failures and heartbreaks. It’s the home of Hounddog, a Southern drama meant to introduce then-twelve-year-old actress Dakota Fanning to adult drama but instead sent audiences howling from its Yarrow Hotel Theatre premiere.

Sundance can be equally painful for veteran filmmakers, as auteur David Lynch learned when Egyptian Theatre audiences left the premiere of his murder mystery Lost Highway dazed, confused and not the least bit impressed. I remember Lynch’s press day being promptly cancelled.

If anything, the Sundance Brand is Controversy; those stories designed, built and delivered by risk-taking artists hoping to lead viewers, audiences and consumers to new places.

While many consider controversy an obstacle to success, personally, I view controversy as a quality asset. For me, it’s proof of a project’s intelligence and the willingness of its storytellers to try something different.

One of my most powerful Sundance memories revolves around Gaspar Noé’s 2002 brutal revenge drama Irreversible. I remember watching the film at the Egyptian Theatre while entire rows of festivalgoers exited the theater.

It’s Sundance déjà vu for directors/screenwriters Daniel Kwan and Daniel Scheinert, known as the experimental film duo the DANIELS, who quickly grasped the 2016 Sundance Brass Ring as the festival’s most divisive entry.

A comedy clumsily summed up by Variety as the “Daniel Radcliffe farting corpse movie,” Swiss Army Man joins its place in Sundance controversy thanks to heated debates over its embrace of gross-out comedy and a creepy finale around stalking.

In the movie, Hank (Paul Dano) sees a chance for escape after being stranded on a secluded island when a dead body (Daniel Radcliffe) washes ashore. In a sly riff on Tom Hank’s Cast Away, Hank and his corpse buddy bond and fight to reconnect with civilization and a special woman in Hank’s heart.

After listening to friends and colleagues on Park City’s City Wide bus telling me to stay away from Swiss Army Man, I’m glad I stood my ground, changed my schedule and experienced the movie for myself.

I can say the fart jokes that make others cringe; instead make me laugh even louder. The film is as beautiful as it is surreal with Dano’s character building elaborate installations like one that recreates the daily commute he used to make on a city bus.

For me, Swiss Army Man is the experimental cinema version of Rabelais; an artful portrayal of silly, bawdy humor with beautiful camerawork to boot.

It’s easily one of my favorite movies of the 2016 Sundance Film Festival; which leads to another aspect of the Crisis Brand.

Once you embrace a controversial movie like Swiss Army Man, you become part of the controversy.

I can proudly share how friends, colleagues, even Sundance volunteers teased me throughout the festival.

“Really,” they would ask me. “You like the “Daniel Radcliffe farting corpse movie?”