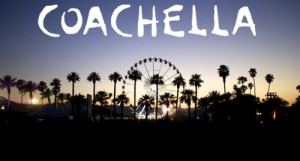 The first weekend of Coachella 2015 starts tomorrow. Are you there or catching streams?

The countdown to the Weekend One of the 2015 Coachella Valley Music and Arts Festival shifts from days to hours away.

Once again, Indio, California looks to become the Cultural Center of the Universe, if just for two weekends, thanks to an eclectic roster including AC/DC, Jack White, Drake, Steely Dan, Alabama Shakes, Ryan Adams, Flying Lotus and Interpol.

Most U.S. music fests carve out programming niches but Coachella remains as wide open as its California desert home.

For culture buffs stuck at their desks and unable to be Indio-bound (myself included), let’s see how many Periscope and Meerkat streams will beam our way this weekend. Perhaps, Coachella ’15 will do down as the live-streaming fest to remember. Still, I’d rather be there onsite and experiencing the magic offline.

It’s early evening April 9, 2015 as I write this. Plenty of time for the good people of Boston to rally around Kathleen Hanna, the former Bikini Kill singer and current front person for Julie Ruin.

Hanna enjoys the New England spotlight today thanks the City of Boston declaring the 9th of April Riot Grrrl Day with Hanna as the Riot Grrrl of honor.

Let’s hope other cities follow in Boston’s footsteps and declare their own Riot Grrrl celebrations. For now, read the Boston proclamation and cheer.

“Because: Our young women can’t be what they can’t see. Girls need to see other girls picking up paintbrushes and pens, and telling their stories loudly. Because: the next Kathleen Hanna may be a young girl in a Boston bedroom creating feminist art by herself, fearful that she has no community to belong to.”

This Week’s Albums: Select new albums include No Pier Pressure by Brian Wilson; Fast Food by Nadine Shah; Short Movie, the latest release by English folk singer Laura Marling and What For? from indie pop group Toro Y Moi. Now, that makes for a good week.

← This Week on TV: Wednesday April 8, 2015
This Week in Cinemas & Streams: Juliette Binoche and Kristen Stewart in ‘Clouds of Sils Maria’ →