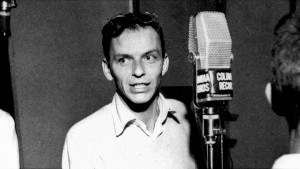 Alex Gibney looks at the first 60 years in the life of Frank Sinatra in ‘Sinatra: All Or Nothing At All.’

Look over The Original Feed’s once-per-week column to check and double check the week’s must-watch TV shows and specials whether network, cable or streaming. Unless you’re the ultimate couch potato and never turn away from your screens, you’ll have to prioritize. Here’s your guide.

NBC’s The Voice offers its fan community a chance to relive season highlights 8pm EST Tuesday March 31 from artist performances to coach moments in preparation for next week’s playoffs.

Producers Roma Downey and Mark Burnett follow the success of their miniseries The Bible with A.D. The Bible Continues, airing 9pm EST Sunday April 5, picking up biblical history where the last series ended with the Crucifixion of Christ.

The most thoughtful series on network television continues to be John Ridley’s American Crime, an ensemble drama revolving around the home invasion and murder of a war vet. The latest episode of the drama featuring Timothy Hutton and Felicity Huffman airs 9pm EST Thursday April 2 on ABC.

It’s Alex Gibney week on HBO. First, there’s the premiere of his critically acclaimed documentary Going Clear: Scientology and the Prison of Belief, a deep investigation into the Church of Scientology. Later, on 8pm EST Sunday April 5 and Monday April 6, HBO airs Sinatra: All Or Nothing At All, Gibney’s look at the first 60 years in the life of legendary entertainer Frank Sinatra.

Unlike Going Clear; where Gibney battled the Church of Scientology to make his movie; the veteran documentary filmmakers collaborates with the Frank Sinatra Estate and family members for Sinatra: All Or Nothing At All.