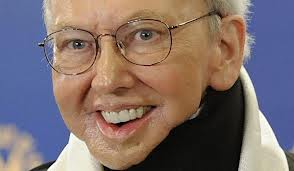 Roger Ebert, who passed from cancer on April 4, will live on via his advocacy spirit for cinema.

I’m a proud member of the Roger Ebert army of fans; one of many who enjoyed his writing and was lucky to add a firm handshake and smile to what had been a long-distance writer/reader relationship. His sad fall to cancer at age 70 on April 4, doubly tragic following his recent pledge to keep writing despite increased radiation treatments, brings back lots of fond memories.

It’s funny that although I’ve worked as a film journalist for many years my first encounter with Ebert had more to do with his daily errands. I’m in college in the ‘80s, working at a combo electronics store/video rental counter on Clark Street in Chicago’s Lincoln Park neighborhood and Ebert comes in to buy a new TV. I remember the excitement, after all Ebert was a true blue Chicago celebrity alongside his longtime friend Oprah Winfrey, two superstars in a Midwest metropolis void of the entertainment commerce communities of say New York, Los Angeles or even Nashville.

Watching Ebert buy a TV from my manager felt appropriate at the time because a year earlier I sold his ‘At the Movies‘ co-host Gene Siskel a kitchen TV at Field’s Water Tower Place store. There you have it. I’m the go-to TV salesman for these famous Chicago film critics after watching their reviews show as a kid growing up Struthers, Ohio, then reading their newspaper reviews every Friday morning while commuting from my Ravenswood neighborhood apartment on the “L.”

My fondest Ebert memory is one of long-distance support a few years after the TV store encounter. I’m working as a film critic in Cincinnati, Ohio and writing about the owner of an art-house cinema who ordered his projectionists to splice out a sex scene from Wayne Wang’s ‘The Center of the World’ and banned me “forever” from his cinemas for reporting the story.

Looking back, I can honestly that my biggest advocate was Ebert who wrote about the incident in his ‘Answer Man’ column and sharply criticized the cinema owner’s censorship and my ban.

Veteran critic Roger Ebert, who passed April 4, strikes a pose familiar to fans of his ‘At the Movies’ reviews show.

Over the years, during annual trips to the Sundance and Toronto International Film Festivals, I can point to more professional, peer-to-peer encounters, from sharing a line before a screening; watching Sundance founder Robert Redford wade into a press conference crowd to personally greet him; being introduced by a colleague to Ebert and his wife Chaz; personally thanking him for his column in support of my writing and receiving a ‘Thumbs Up’ from him as he looked over my Toronto press badge and approved of my writing at the time for the London-based trade ‘Screen International.’

Later this month, the 2013 summer blockbuster season will launch with another superhero adventure without the Pulitzer Prize-winning Ebert around to offer his take on the movies. He’s no longer with us; just as the great James Agee is no longer with us, or Andrew Sarris and so many others who wrote so beautifully about movies and their place in our lives.

Still, like all great artists, their work transcends their own lives and reaches forward to future generations. In the case of Ebert, there will be more memories made, from his books, from his website and social media presence, even from the work of his wife Chaz who just agreed to host this year’s edition of the Ebertfest Film Festival in Champaign, Illinois. Ebert’s spirit of cinema advocacy lives on; arguably an accomplishment every bit as monumental as his best selling books, longstanding newspaper career at the Chicago Sun-Times, successful TV series and coveted Pulitzer Prize.