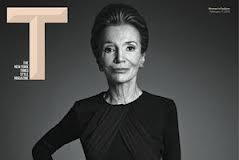 Push aside the digital clutter of 24/7 Lindsay Lohan reporting and 10K postings of the same casting news item about The Avengers 2 and you’ll discover online gems like The Millions, a digital magazine covering culture with passionate emphasis on books. Freelance journalist Nina Martyris begins her “big get” interview with the London-based author Julian Barnes (The Sense of an Ending) with the most gentle and unassuming of questions: “Do you like Ted Hughes? You mention him in The Sense of an Ending.”

What follows is a wonderful interview with Barnes talking about Henry James’ Portrait of a Lady as well as the story behind the story, how Martyris managed to persuade Barnes to overturn his “no interview” stance at the recent Hay Festival and sit down for an extended conversation.

Arts patrons and contemporary photography collectors Fred and Laura Bidwell bring a wintertime boost to Cleveland’s already impressive visual arts landscape by renovating, funding and managing a 1924 substation for the Cleveland Railway Company in the Ohio City neighborhood into the Transfomer Station, a new gallery and culture space in partnership with the Cleveland Museum of Art. Plain Dealer reporter Steven Litt provides a background story behind The Transformer Station, which is open to the public with the exhibitions Light Of Day, featuring works from the Bidwell collection, and Bridging Cleveland, panoramic photographs of Cleveland bridges by Vaughn Wascovich.

After weeks of media previews in the New York media fishbowl and fashion communities, the redesigned T Magazine from The New York Times, courtesy of Editor in Chief Deborah Needleman and Creative Director Patrick Li, finally lands on coffee tables and tablets worldwide. In addition to its new ‘T” logo, a lot of attention is going to redesign cover lady Lee Radziwill as a timeless alternative to the fashion mags who favor young celebrities for their covers. I especially like director Sofia Coppola’s video interview with Radziwell; less thrilled with the ‘Take Two” culture review featuring Oscar de la Renta and comic Chelsea Handler performing a He Said/She Said routine.