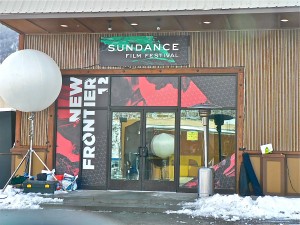 The New Frontier exhibition space returns to The Yards at the Sundance Film Festival.

Day two in the multi-step announcements for the lineup of the 2013 Sundance Film Festival added movies from the Spotlight, Park City at Midnight and New Frontier sections to Wednesday’s confirmation of the festival’s competition films.

“I couldn’t be more pleased to announce the films selected for these sections because they illustrate the tremendous creativity and vibrancy of the independent film community,” Trevor Groth, Director of Programming for the Sundance Film Festival, said in a release.

The 2013 Sundance Film Festival runs January 17 through 27 in Park City, Salt Lake City and Ogden and Sundance, Utah. Check HERE for the full list of films.