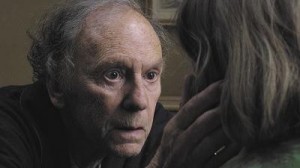 As the 65th edition of Cannes came to a close Sunday, feature film jury president Nanni Moretti and jury members including filmmakers Alexander Payne, Raoul Peck and Andrea Arnold; actors Ewan McGregor, Diane Kruger, Hiam Abbass and Emmanuelle Devos and fashion designer Jean-Paul Gaultier awarded the Palme d’Or to Austrian director Michael Haneke for Amour, about an elderly trying to move forward after one of them suffers a stroke.

According to The Guardian, Haneke previously won the top Cannes prize in 2009 for his drama The White Ribbon.

Moretti and his jury also awarded the Grand Prix to Matteo Garrone’s political satire Reality, about a Neapolitan fish monger who appears on the reality show Big Brother, and Ken Loach received the Jury Prize for The Angels’ Share, about a young man facing one last chance at staying out of prison.

Ceremonies all across America this Memorial Day Holiday Weekend placed the spotlight on military veterans as well as present-day soldiers both overseas and here at home. John King at Dwell helped celebrate another key Memorial Holiday weekend event, the 75th anniversary of the Golden Gate Bridge.

King, the San Francisco Chronicle urban design critic, reviewed the $6 million in Golden Gate Bridge improvements including the restored 1938 Bridge Round House, a new plaza and visitor center. King gave architecture film EHDD low marks for its work on the Bridge Round House and faint praise for Project Frog and Jensen Architects for its Bridge Pavilion visitor center. King did single out the work of landscape architecture firm Surfacedesign.

The concept of a fringe festival; a performance showcase made of non-juried shows emphasizing new artists and alternative works in shared venues, reportedly began in 1947 in Edinburgh Scotland, a program that went on to grow into over 2,400 shows as the world’s largest Fringe Festival.

The Adelaide Fringe Festival grew to a close second with multiple fringe festivals forming in cities all around the world from Calgary to Prague and Orlando to Dublin.

At my own doorstep in Cincinnati, Eric Vosmeier, producing artistic director, and Alexandra Kesman, managing director, helped program and produce the 2012 Cincy Fringe Festival, scheduled to begin today at various venues throughout the Over-the-Rhine neighborhood.

The Portland, Oregon full-face mask theater group Wonderheads signed on to perform at Cincy Fringe as well as actor Steven Strafford performing his autobiograhical play METHTACULAR about his struggles to overcome addiction to Crystal Meth.