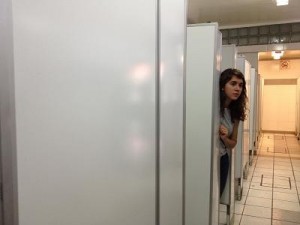 Michel Franco's Mexican drama 'After Lucia' wins the top prize for the Un Certain regard at the 2012 Cannes Film Festival.

As the 65th edition of Cannes crept to a close today, film buffs and professionals worldwide waited anxiously for today’s announcement of the coveted Palme d’Or prize.

According to The Hollywood Reporter, Roth announced the top prize for writer/director Michel Franco’s After Lucia (Despues De Lucia), about a father who relocates to Mexico City with his daughter and learns that she’s being bullied at her new high school.

Benoit Delepine and Gustave Kervern received a Special Jury Prize for Le Grand Soir and a Special Distinction of the Jury prize went to Aida Begic for Children of Sarajevo (Djeca).

The 65th edition of Cannes scheduled Therese Desqueyroux, the last film from the late French master Claude Miller, as the closing film. of the festival.

The 2012 Eurovision song contest came to a close in Baku, Azerbaijan last night with Swedish singer Loreen winning for her song Euphoria over 26 competing artists.

The striking brunette singer joked to The Guardian about her on-stage challenges whie performing the song as a cloud of snow dropped from the venue ceiling.

“The trouble I had yesterday was that I swallowed my snow flakes,” Loreen said at a press conference. “I got one in my throat and stuff like that happens. But it didn’t make me nervous at all. Shit happens.”

The Dia Art Foundation moved forward in dramatic fashion on its longstanding goal of opening a new exhibition home in Manhattan in addition to its main location in Beacon, N.Y.

Art in America reported on Dia purchasing the former Alcamo Marble Works at 541 West 22nd Street as the final piece of a Chelsea footprint that includes previous land holdings at 545 and 535 West 22nd Street that allow for a 22,000 square ft. gallery and rooftop exhibition space.

“The time is right for Dia to return to Manhattan,” Dia director Phillippe Vergne told A.i.A. “We have learned a lot from Dia: Beacon and from Dia’s permant projects and we need to build on Dia’s legacy and to offer living artists the time and space to dream, create and realize projects that might not otherwise be possible.”

Dia also hired Skidmore, Owings and Merrill as architect for the new facility scheduled to open in late 2016.

← The Morning Feed: ‘Where the Wild Things Are’ author Maurice Sendak dies at age 83
Get Me Ron Perlman! Natalie Portman Joins Director Lynne Ramsay for Western ‘Jane Got A Gun’ →

3 comments for “The Morning Feed: Cannes 2012 Un Certain Regard Jury awards top prize to ‘After Lucia’”