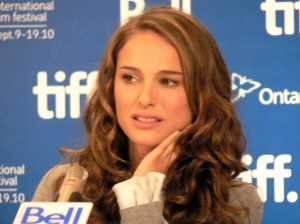 Natalie Portman headlines this week's 'Get Me Ron Perlman' with news of her joining director Lynne Ramsay on 'Jane Got A Gun.'

The summer blockbuster season is underway with Men in Black 3 leading the Memorial Day 2012 pack and the season’s first phenomenon, Walt Disney’s The Avengers, continuing to attract crowds excited to watch their favorite Marvel Universe character save the world a second, third or fourth time.

Starting off this week’s Get Me Ron Perlman column, the only casting news column named after character actor par excellence Ron Perlman, is blockbuster veteran Tom Cruise taking an early stakeholder role in MGM’s planned remake of its 1960 classic Western The Magnificent Seven. No details are available as of yet from Collidor or the multiple other showbiz sites reporting on MGM‘s The Magnificent Seven remake, an English-language reboot of Akira Kurosawa‘s Seven Samurai, other than the project joins other upcoming MGM reboots including Robocop, War Games, Valley Girl and Poltergeist.

In the meantime, while MGM starts prep work on The Magnificent Seven, Cruise remains busy working on Oblivion, the follow-up film from Tron: Legacy director Joseph Kosinski as a soldier stuck on the wasteland surface that’s future Earth repairing robots and fighting aliens while the rest of the human population lives safely in the clouds.

Lots of production deals out of rain-soaked Cannes but the biggest deal goes to Natalie Portman joining We Need to Talk About Kevin director Lynne Ramsay on the western Jane Got A Gun. According to The Hollywood Reporter, Portman is to play a woman forced to defend her farm after her husband returns home badly wounded and his criminal gang close behind and intent on finishing the job. Ramsay is one of the most adventurous filmmakers today; so it’s exciting to contemplate what she’ll do with Natalie Portman.

Plans to adapt the late John Kennedy Toole‘s Pulitzer Prize-winning novel A Confederacy of Dunces goes back many years with David Gordon Green at one time attached to direct and Will Ferrell signed on to play lead character Ignatius  J. Reilly. Vulture reports on the latest Dunces incarnation, The Muppets director James Bobin directing Zach Galifianakis as Reilly, a lazy 30-year-old living with his mom in ’60s New Orleans. The thought of Galifianakis as Reilly makes all the other Dunces missteps perfectly fine.

Pattinson also generates the week’s biggest casting news with The Playlist blog confirming on The Twilight Saga star headlining a music drama based on the legendary group The Band and the blog Think McFly reporting on Pattinson joining Catching Fire, the highly anticipated sequel to the Lionsgate hit The Hunger Games as Finnick Odair, a fun rumor that lasted an entire day before Pattinson squashed the story.

No official confirmations as of yet for Pattinson regarding The Band movie but he clearly plans to make playing vampire Edward just chapter one in an eclectic acting career.