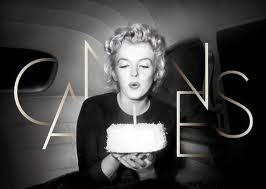 Michel Gondry's 'The We and the I' leads Directors' Fortnight sidebar at 2012 Cannes Film Festival.

Film buffs worldwide received more Cannes 2012 programming news today as Edouard Waintrop, artistic director of the Cannes Film Festival‘s Directors’ Fortnight sidebar, announced the section lineup this morning in Paris. According to the Popcorn Biz blog for NBCNewYork, Michel Gondry’s latest film The We and I, filmed with non-professional teens in the Bronx, led the 21 features in the Directors’ Fornight sidebar, 18 of them being world premieres. Rodney Ascher‘s documentary Room 237, also joined the Directors’ Fortnight sidebar along with Ben Wheatley‘s Sightseers; Chilean director Pablo Larran‘s No starring Gabriel Garcia Bernal, and La noche de enfrente, the final film from the late Raul Ruiz.

Camille redouble from Noemie Lvovsky was selected to close out the Directors’ Fortnight on May 27.

Filmmaker Wes Anderson‘s MOONRISE KINGDOM was earlier selected as the opening film for the 65th edition of Cannes on May 16 and Therese D., the last film from the late French master Claude Miller, was picked as its closing film.

Three 30-metre, decommissioned concrete oil tanks were remade as underground performance spaces at the Tate Modern in London with Tate Director Nicholas Serota announcing a July 18 opening of the innovative addition to the museum.

“The Tanks are the first spaces dedicated permanently to live art, installation and performance in any museum building anywhere in the world,” Serota told The Guardian.

Serota confirmed that Korean artist Sung Hwan Kim will occupy the East Tank all summer; the South Tank will be a changing series of performances and the third tank will be used as back office support space.

Coachella 2012 Weekend 2 recently wrapped, with the second installment of musical acts generating plenty of surprises. The fine folks at Seattle Weekly selected their favorite moments from weekend two likes and dislikes including, yes, the Tupac hologram, Santigold and The Hives.