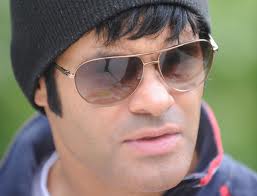 The dramatic life journey for former gang leader and rising indie filmmaker Elgin James is back on the upswing with the online trade Deadline reporting James’ deal to direct Come Sundown, a thriller about fugitives holding a family hostage as they attempt to cross the U.S. border.

James’ Come Sundown deal with Millennium Films and producers Jamie Patricof and Lynette Howell of Electric City follow his recent release after being sentenced last year in Chicago to a year and one day in federal prison for a 2006 extortion charge.

After a tumultuous year that included experiencing critical acclaim at the 2011 Sundance Film Festival for his debut drama Little Birds, about two girls who leave behind their dull lives on the shore of the Salton Sea and head to Los Angeles with three boys, his first studio scriptwriting job, and arrest and incarceration from a 2006 extortion attempt against a Chicago musician in the punk band Mest, James looks to make the most of his recent release with the Come Sundown deal.

Better yet, Little Birds opens in theaters this summer from Millennium Entertainment.

The Guardian is reporting today on Virgin Media’s decision to pull a Doctor Who-inspired ad featuring David Tennant after complaints by BBC Worldwide. In the ad, Tennant uses TiVo to search for episodes of Doctor Who while Virgin Media head Sir Richard Branson fiddles with a time machine.

Virgin Media plans to continue airing the other two ads in the current campaign featuring Tennant; good news considering how funny they are.

Congratulations to all the Pulitzer Prize winners announced yesterday by Columbia University including poet Tracy K. Smith for her collection Life on Mars, Boston Globe film reviewer Wesley Morris for criticism and playwright Quiara Alegría Hudes for her play Water by the Spoonful, about an Iraq War veteran who returns to his hometown of Philadelphia and works in a sandwich shop while dealing with his troubled family.

Hudes, best known for writing the book for the Tony Award-winning musical In the Heights, is currently teaching a playwrighting workshop at Wesleyan University in Middletown, CT.