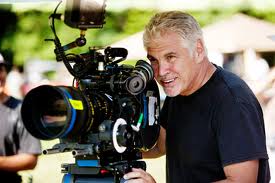 Gary Ross says 'no thanks' to directing 'The Hunger Games' sequel 'Catching Fire.'

The weeklong, he will/he won’t debate over The Hunger Games director and co-writer Gary Ross and his decision to remain with the franchise phenomenon and direct its sequel Catching Fire is finally over. Pundits who sided with the ‘he won’t’ camp are the victors in the heated tug-of-war between Hollywood trades; each one claiming insight into Ross’ decisionmaking.

A statement published in The Hollywood Reporter emphasizes Ross’ issues over the tight production schedule for Catching Fire over any salary concerns. Still, what’s crystal clear for the first time since The Hunger Games opened in cinemas a few weeks ago is Lionsgate’s need to hire a new director to continue the next chapter in novelist Suzanne Collins’ tale of the near future and children who fight each other to the death on TV and sixteen-year-old Katniss (Jennifer Lawrence) who enters the games in order to protect her younger sister.

“As a writer and a director, I simply don’t have the time I need to write and prep the movie I would have wanted to make because of the fixed and tight production schedule,” Ross said in a statement provided by Lionsgate.

“We were really looking forward to making the movie with him,” read the accompanying statement from Lionsgate. “He did an incredible job on the first film and we are grateful for his work. This will not be the end of our relationship, as we consider Ross to be part of the Lionsgate family and look forward to working with him in the future.”

The Hunger Games: Catching Fire is set to open in theaters November 2013; meaning that a decision on a new director has to be made shortly.

The Guardian places the spotlight on the hilarious Tumblr blog textsfromhillaryclinton.tumblr.com, which imagines text exchanges between US Secretary of State Hillary Clinton and various public figures including President Obama. Clinton also shows her great sense of humor posing for a photo with the blog’s creators Stacy Lambe and Adam Smith as well providing her own sly take via a Tumblr blog titled I’m With Kanye.

The idea of the book as a work of art and treasured keepsake in the era of the e-book comes to life thanks to a collaboration between musician, actor and producer Bowie and photographer and designer Sukita, who first photographed Bowie at a Ziggy Stardust concert at the Rainbow Theatre in London in 1972 and went on to capture numerous classic images including the cover for Heroes in 1977.

“It’s very hard fort me to accept that Sukita-san has been snapping away at me since 1972 but that really is the case, may he click into eternity” Bowie says in the book.

Speed of Life is available as a limited-edition book from Genesis Publications.