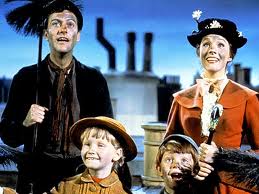 Writer Lance Ulanoff pushes aside all the debate over Facebook (FB) buying Instagram for $1 billion dollars and the instant feedback from digital consumers that FB will ruin the popular digital photo app with a great Mashable column about the legacy of Kodak living on via Instagram.

It’s sadly ironic that Kodak remains busy planning its emergence from Chapter 11 bankruptcy while Instagram finalizes its $1B deal. It’s easy to picture, at least at one time, Instagram coming out of the Kodak labs. Instead, Instagram’s many fans continue to use filters that duplicate the look of a photo taken by a classic Kodak camera. It may not help Kodak’s current financial challenges, but it’s great to see the artistic legacy of Kodak alive in the digital community thanks to Instagram.

Fans of Hollywood history dramas are understandably excited about Walt Disney’s plans to make Saving Mr. Banks, a story pulled from their own vaults, so to speak.

According to The Hollywood Reporter, Kelly Marcel‘s script about Walt Disney‘s struggle to persuade author P.L. Travers to sell him the rights to her beloved children’s stories Mary Poppins and how she battled Disney throughout the making of the movie, moved closer to becoming a feature film at Disney with Tom Hanks looking likely to play Disney in the movie and Emma Thompson in the running to play Travers.

Producer Alison Owen of Ruby Films joins the project and John Lee Hancock (The Blind Side) is set to direct.

After watching Mary Poppins over the recent holiday weekend, the idea of a drama based on Disney’s battle to make the 1964 classic starring Julie Andrews, Dick Van Dyke and David Tomlinson as the stuffy father Mr. Banks sounds like a wonderful Hollywood story.

Light+Building 2012, an Architecture and Technology trade fair focused on lighting and intelligent construction; begins April 15 in Frankfurt, Germany featuring an impressive series of events on e-buildings, public spaces and awards given for innovation in the fields of architecture and technology.

Light+Building 2012 runs April 15 through April 20 at the Messe Frankfurt exhibition grounds; giving design buffs and professionals plenty of time to get inspired.

← ‘American Reunion’ Commentary: Gross-Out Gags and Nostalgia Do Not Mix
The Morning Feed: Gary Ross says ‘No Thanks’ to directing ‘Catching Fire’ →