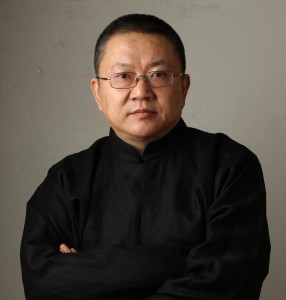 Thomas J. Pritzker, chairman of The Hyatt Foundation, announced today that Chinese architect Wang Shu, known for using salvaged materials in many of his buildings, is the 2012 Pritzker Architecture Prize winner.

Wang became the first Chinese citizen to win the Pritzker prize and at age 48, the fourth youngest architect to win the prestigious prize.

“The fact that an architect from China has been selected by the jury, represents a significant step in acknowledging the role that China will play in the development of architectural ideals,” Pritzker said in a release. “In addition, over the coming decades China’s success at urbanization will be important to China and to the world. This urbanization, like urbanization around the world, needs ot be in harmony with local needs and culture. China’s unprecedented opportunities for urban planning and design will want to be in harmony with both its long and unique traditions of the past and its future needs for sustainable development.”

Wang; an alumnus of the Nanjing Institute of Technology, Department of Architecture, co-founded the Amateur Architecture Studio with his wife Lu Wenyu and became the first Chinese architect to hold the position of Kenzo Tange Visiting Professor at Harvard Graduate School of Design.

Recognized for numerous works including the Library of Wenzheng College at Suzhou University and Nigbo Contemporary Art Museum and Ningbo History Museum, Wang joined celebrated architects Zaha Hadid, Jean Nouvel, and Rem Koolhaas among many others as a Pritzker Architecture Prize Laureate.

The Hyatt Foundation scheduled the formal ceremony to present Wang with the prise for Beijing on May 25.

Director/co-writer Robert Olsen and co-writer Dan Berk delivered the first playful poke at the Oscar phenomenon via their comic shot The Artist’s Intervention, starring Royal Pains co-star Paulo Costanzo as a fanatical fan of The Artist who turns black-and-white and starts communicating via title cards.

Olsen and Berk stayed true to all trappings of The Artist including a jazzy score, a cute dog, plenty of tap dancing and Costanzo hilariously recreating the film’s trademark coatrack scene.

AnnaSophia Robb, of Charlie and the Chocolate Family, Bridge to Terabithia and Race to Witch Mountain, joined the series as the teenage Carrie Bradshaw and took on the task of proving to a devoted mob of fans that she can pull of being a young version of Sarah Jessica Parker.

According to The Hollywood Reporter, Miguel Arteta signed on to direct the ’80s-set comedy with Amy B. Harris writing the pilot and as well as executive producing alongside Josh Schwartz, Stephanie Savage, Len Goldstein and Bushnell.

Of course, the success of the show already fell firmly on Robb’s shoulders.