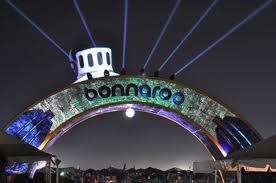 After a brief digital tease with a false report streaking across social networks, the 2012 Bonnaroo Music & Arts Festival celebrated St. Valentine’s Day by announcing its musical artist lineup for the 11th trip to Manchester, Tennessee June 7-19.

Headliners included 2012 Rock and Roll Hall of Fame inductees Red Hot Chili Peppers, fresh from their Grammy performances The Beach Boys with Brian Wilson and Skrillex as well as other artists including Radiohead, Phish, Bon Iver, Foster The People and The Civil Wars.

Bonnaroo also announced that tickets for the 2012 festival go on sale Saturday Feb. 18; something like a late Valentine’s Day present for those who messed up yesterday and bought their lover funny socks.

IDW Publishing made sci-fi fans ecstatic today with their announcement of their eight-issue comic book miniseries Star Trek: The Next Generation/Doctor Who: Assimilation2 with Jean-Luc Picard and his Next Generation Enterprise crew meeting up with the 11th Doctor (Matt Smith) and his companions Amy Pond and her husband Rory.

“By joining these two sci-fi powerhouses, fans will be taken on the ultimate adventure through time and space,” said Liz Kalodner, executive vice president and general manager of CBS Consumer Products, in the release.

IDW scheduled the series to start May with writers Scott and David Tipton collaborating with Doctor Who comics writer Tony Lee and J.K. Woodward providing artwork.