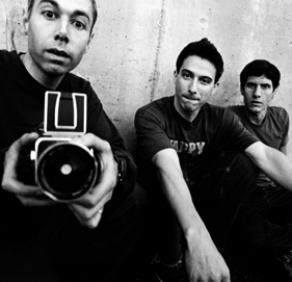 Beastie Boys join 2012 inductees into The Rock and Roll Hall of Fame.

Hip Hop legends the Beastie Boys join an eclectic group of rock and roll legends making up today’s announcement of the 2012 class of inductees for the Rock and Roll Hall of Fame.

“We are pleased to announce this year’s Hall of Fame inductees who represent the broad spectrum of artists that define rock and roll,” Joel Peresman, President and CEO of the Rock and Roll Hall of Fame Foundation, says in a release. “We are also thrilled this year to again be partnered with HBO, who presented the Hall of Fame’s 25th Anniversary Concerts.”

According to The Los Angeles Times, Maryland-based Discovery Communications is pledging to reverse a previous decision to cut its controversial, final episode in its upcoming Frozen Planet documentary series, and air the show titled On Thin Ice, about the impact of shrinking glaciers and rising temperatures on the people and the wildlife of the North and South poles as well as the entire planet.

Discovery Channel’s decision follows a petition from Claudia Abbott-Barish and its 75K signatures asking the cable channel to air the final episode about climate change from Fozen Planet, currently attracting huge viewership on the BBC in England.

The last piece of the 2012 Sundance Film Festival programming puzzle is in place via its announcement of the 64 short films chosen from 7,675 submissions.

Granted, the festival’s shorts often get lost in the media whirlwind generated by premieres boasting celebrity casts and the competition titles in search of acquisition deals. Still, it’s exciting to watch new careers spring from the Sundance shorts.

The opening day films are Hello I Must Be Going from Todd Louiso and The Queen of Versailles from Lauren Greenfield.