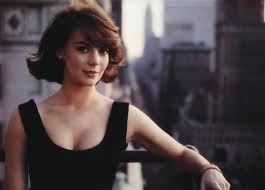 The L.A. County Coroner ruled Hollywood actress Natalie Wood’s death a drowning accident 30 years ago on Nov. 29, 1981 but the yacht captain, Dennis Davern, admitted on the Today morning show that he lied about the events and that Wood’s husband Robert Wagner was responsible for her death.

Wood presumably slipped while trying to enter a dinghy and drowned while boating off Catalina Island with Wagner and Christopher Walken, the co-star of her last film, the science fiction drama Brainstorm.

According to The L.A. Times, Davern admitted to lying at the time of the incident and pointed to an argument between Wagner and Wood as the cause for her drowning.

“I made some terrible decisions and mistakes,” Davern told NBC News. “I did lie on a report several years ago. I made mistakes by not telling the honest truth in a police report.”

Davern refused to be more specific when pressed by NBC News’ David Gregory but asked the L.A. County Sheriff to re-open the case and investigate.

Alan Nierob, spokesperson for Wagner, said the veteran actor supports the efforts of the L.A. County Sheriff and hopes they evaluate any new information on Woods’ death as valid and credible.

Author Hilary Mantel announced plans for two sequels to her Booker Prize-winning historical novel Wolf Hall, a fictional recounting of the life of Thomas Cromwell and his role in King Henry VIII’s court. Mantel revealed the title of her second book as The Mirror and The Light, a look at the execution of Anne Boleyn, and the third novel as Bring Up the Bodies, which will tell the story of Cromwell’s fall from power with King Henry VIII.

According to The Hollywood Reporter, Wolf Hall readers celebrated the additional news that the historical story of Cromwell will soon come alive via a miniseries from HBO and BBC with Colin Callender of Playground Entertainment and Company Pictures co-developing the miniseries.

Many Truman Capote devotees agreed that the late author would have loved the idea of a celebrity beauty like Scarlett Johansson making her directing debut with Summer Crossing, an adaptation of Caopte’s recently discovered novella.

Johansson’s dream of bringing Summer Crossing, the story of a teenage girl in New York after World War II trying to break free from her wealthy and smothering family, to life took one bold step closer to reality thanks to reports via Moviefone of funding from producers Barry Spikings and Peter D. Graves.

Of course, fans also agreed that Capote would have insisted that Johansson play a role in the movie.

Regis Philbin’s impressive tenure of 56 years on TV in New York and L.A. ended as he wrapped his co-hosting duties on the Manhattan set of Live with Regis and Kelly this morning.

“I’ll always remember spending these mornings with all of you,” the 80-year-old Philbin told the audience, after an hour-long celebration from Kelly Ripa, New York City Mayor Mike Bloomberg and numerous guests including Donald Trump, Katie Couric and his previous co-host Kathie Lee Gifford. “”Thank you very much for these great years together. God bless you all and I hope to see you again real soon. Thanks everybody.”

Jerry Seinfeld earlier agreed to sit in Regis’ chair next week as the first in a rotating a series of guest hosts alongside Ripa while Buena Vista Television searches for a permanent replacement for Philbin.