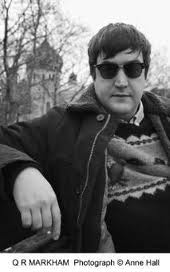 Q.R. Markham, the pen name of Quentin Rowan, confesses to rampant plagiarism in his spy novel 'Assassin of Secrets.'

Writer QR Markham finally confesses after a week of deservedly harsh criticism over the rampant plagiarism in his recently released spy novel Assassin of Secrets.

According to a story by Alison Flood in The Guardian, Markham, the pen pseudonym for Brooklyn-based writer Quentin Rowan, comes clean about lifting extended passages from John Gardner’s 007 novels as well as Robert Ludlum and Charles McCarry via emails to spy writer Jeremy Duns, who provided a glowing blurb to Assassin of Secrets.

In Rowan’s emails to Duns, who published them on his website, the disgraced writer admits his plagiarism was not a prank or academic exercise in literary appropriation but revolved around his need to “conceal my own voice with the armor of someone else’s words.”

“I promise you that the inside of my head is not a pretty place right now and I am not sitting somewhere enjoying this or laughing about it,” Rowan tells Dun.

Celebrity actress and first-time feature filmmaker Angelina Jolie is in the final stretch as her debut movie In The Land Of Blood And Honey, the story of a Serbian man and Bosnian woman who meet on the eve of the 1992-’95 Bosnian war, prepares for its December 23 release in U.S. theaters.

After a year’s worth of production challenges, including Muslim women, many of them rape victims, protesting the film’s romantic plot, Jolie looks to reconfirm her commitment to authenticity by releasing the film in its native tongue.

Darren Aronofsky’s follow-up project to Black Swan, his acclaimed psychological thriller set at a New York City ballet company, looks to be some years away as he begins work on his biblical epic Noah. Until his next feature, fans of Aronofsky’s edgy artistry can watch his four powerful anti-drug PSAs for The Meth Project Foundation. It’s impressive how much emotional impact Aronofsky achieves in the 30- second spots titled Deep End, Desperate, ER and Losing Control. Aronofsky also earns admiration for his support of the worthy prevention program dedicated to reducing the Meth epidemic in the U.S.

Finally, quick condolences to actress Maria Bello upon learning first-hand just how brutal the business of U.S. network television can be. According to The Hollywood Reporter, NBC is shutting down production on the New York City-set remake of the popular British miniseries Prime Suspect with Bello in the lead role. After its initial 13-episode, debut season order, Prime Suspect looks to remain off the air and likely faces an official cancellation by NBC.