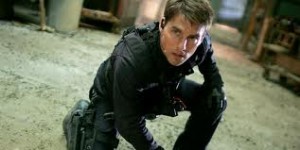 Because I’ve been asked numerous times, I wanted to explain why I call this column about the week’s casting news “Get Me Ron Perlman!”

I’ve sat down and interviewed Ron Perlman multiple times but my favorite moment occurred over the little-seen, independent thriller about Arctic oil workers, The Last Winter. Joined by his co-star James LeGros, Perlman and I sat down in the middle of a publicity firm’s makeshift office at a room in Toronto’s Inter-Continental hotel. The room was noisy and chaotic as surrounding publicists continued their work. I was working on an article about the decline of the muscle-bound, macho hero and the rise of the Metrosexual and I thought Perlman, a classic movie strongman, would offer great insight.

“Are you kidding me?” he snarled in response to my question; getting up to leave.

Desperate to salvage the interview, I told Perlman how I always pictured him as a classic character actor with his sharp features; someone the late Sam Fuller would have used time and time again.”

“You just saved the interview,” Perlman said, sitting back down. “Fuller is one of my favorite filmmakers and I’ve always imagined what it would have been like to work with him. Thank you for saying that.”

So I named this casting news column “Get Me Ron Perlman” because I can picture Fuller barking into his phone that Perlman and only Perlman can play a particular character in his next movie.

In this week’s news, Tom Hardy made a brief appearance as the villainous Bane in The Dark Knight Rises teaser trailer but his Hollywood career continued to grow with word he joined the crime drama Cicero as legendary gangster Al Capone. Adding to the excitement over the movie, Vulture reported that Harry Potter and the Deathly Hallows: Part 2 director David Yates was in talks to direct Cicero, the first installment of a planned trilogy that tells Capone’s life story.

Tom Cruise’s lone contribution to the 2011 summer blockbuster season was his appearance in the trailer for Mission: Impossible — Ghost Protocol, the fourth installment in the Mission: Impossible franchise. Deadline reported that Cruise joined writer/director Christopher McQuarrie’s suspense drama One Shot, based on the novel about a former Army cop Jack Reacher who uncovers the truth behind an arrested sniper accused of killing five random people.

Cruise might have been the biggest celebrity casting news this week, but the most prestigious project remained Steven Spielberg’s Lincoln, his epic biopic about the sixteenth President of the United States and his time in office leading the nation through the Civil War.

Deadline reported on Justified star Walton Goggins joining Lincoln as Ohio Congressman Wells A. Hutchins, a progressive Democrat who voted for the Thirteenth Amendment in order to abolish slavery.

Goggins recently received an Outstanding Supporting Actor in a Drama Series Emmy nomination for his role as criminal Boyd Crowder in the FX drama Justified but landing a key role in Spielberg’s Lincoln probably made his week.

← The Morning Feed: Jean-Luc Godard: “I am not an auteur, well, not now anyway.”
Let Us Now Praise: ‘A Little Help’ lead Jenna Fischer →