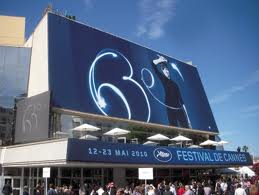 Cannes Film Festival President Gilles Jacob and the festival’s head of selection Thierry Fremaux rounded out the lineup for the 64th Cannes Film Festival with the announcements of the Directors’ Fortnight and Critics’ Week programs, two sections that screen independently of the Palme d’Or competition.

According to The Guardian, French master André Téchiné joined the Directors’ Fornight with his adaptation of the Philippe Djian novel Impardonnables.

Accusations of exaggeration on the scale of disgraced writer James Frey and his mostly made up account of addiction, A Million Little Pieces, brought unwanted publicity to Three Cups of Tea author Greg Mortenson.

A 60 Minutes report reported a large discrepancy in the number of schools Mortenson claimed he opened in Afghanistan and that many of the schools built lacked funds to operate.

According to The New York Post, Mortenson’s publisher Viking Press began an investigation into claims that he made up the number of schools he built in Afghanistan as well as scenes in his best-selling memoir including his account about being kidnapped by the Taliban.

The 2011 Pulitzer Prizes were announced last night at Columbia University and the talented recipients included Los Angeles Times photographer Barbara Davidson who won the Feature Photography award for her story of innocent victims of gang violence in Los Angeles. As reported by The Telegraph, playwright Bruce Norris received the Pulitzer Prize for Drama for his play Clybourne Park, a two-part production that looks at a Chicago suburb as a white family moves out in 1959 and another white family moves into the community in 2009.

“I’m deeply honored and totally flabbergasted to receive this recognition,” Norris said. “I want to thank both Playwrights Horizons and Wooly Mammoth Theatre Company in Washington D.C. for simultaneously taking a chance on this play and to thank Steppenwolf Theatre Company in Chicago for their 10 years of support.”

Jeff Bridges remained busy as an actor with recent lead roles in Tron Legacy as long-lost computer games designer Kevin Flynn (reprising his role from the first Tron movie) and as grizzled U.S. Marshal Rooster Cogburn in the remake of True Grit. But the Hollywood veteran made news today announcing his record deal with Blue Note and his plans to hit the studio with producer T-Bone Burnett. According to The Hollywood Reporter, Bridges intended to record some of his own compositions as well as songs from Tom Waits, Bo Ramsey and others.

← HiFi: Live Review of Fitz and the Tantrums
The Morning Feed: Catherine Zeta-Jones Talks Openly About Her Bipolar Disorder →