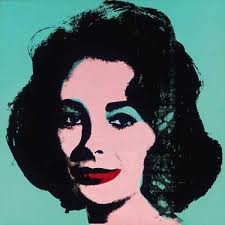 Soon after rapper Chris Brown apologized for his destructive behavior after his Tuesday appearance on Good Morning America (GMA), co-host Robin Roberts offered an olive branch to the loose cannon musician and an invite back to the popular morning show.

“We wish him the absolute best and we’ve extended the invitation to him and I sure hope that he takes us up on it because we’d love to have another chat with him,” anchor Robin Roberts told The New York Post.

Earlier, Brown apologized for his actions explaining that he needed to let off steam after Roberts asked him about beating up former girlfriend and musical artist Rihanna.

A word of advice to Brown: if you return to GMA, you’re going to be asked more about the assault charge so be prepared and don’t break any more windows.

Singer Elton John dedicated a song in her memory at a Pittsburgh concert and numerous actors and artists celebrated the legacy of Hollywood legend Elizabeth Taylor who passed away yesterday at age 79 after battling congestive heart failure.

Westboro Baptist Church’s Margie Phelps, daughter of church pastor Fred Phelps, stood out from the praise and gratitude for Taylor’s work on and off-screen by announcing plans to picket Taylor’s private funeral.

According to The New York Daily News, Phelps began mobilizing her conservative flock via Twitter.

“They cuss her in hell today,” Phelps tweeted. “Westboro will picket funeral!!”

Phelps never confirmed why Westboro was picketing Taylor’s funeral although pundits speculated it was for the Hollywood star’s longtime support for the gay community and AIDS research specifically.

The Weinstein Company confirmed that a PG-version of the Oscar-winning movie The King’s Speech, director Tom Hooper’s period drama about King George VI or “Bertie” trying to overcome a lifelong stammer in order to inspire his people in a time of war, would open in theaters April 1 and replace the original R-rated version.

“The action enables those to whom it speaks most directly, young people who are troubled by stuttering, bullying and similar trials, to see it,” TWC president of theatrical distribution and home entertainment Eric Loomis told The Hollywood Reporter.

Colin Firth, who won the Best Actor Oscar for his performance as King Georgve VI, and co-star Geoffrey Rush remained against the PG-13 version.