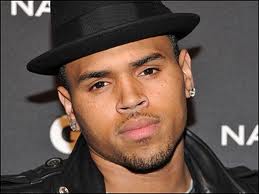 Brown, 22, appeared on the popular morning show to promote his album but Roberts repeatedly asked the singer about the impact of his guilty plea to felony assault and his ongoing probation.

Brown and Rihanna broke up in February 2009 over the assault, which occurred at a pre-Grammy Awards party.

“I’m so over people bringing this past s**t up!!!” Brown tweeted. “Yet we praise Charlie Sheen and other celebs for there bull s**t.”

According to The New York Post, Brown broke a window at 43rd and Broadway with a chair and stormed out into Times Square shirtless without recording a scheduled performance for ABC’s website.

The debate over James Franco’s performance as an Oscars co-host continued with longtime Oscars writer Bruce Vilanch telling New York that Franco “didn’t get there” as co-host of the Academy Awards along with Anne Hathaway (probably the mildest criticism Franco has heard yet). According to London’s Guardian, Franco also used Twitter to express his anger about Vilanch’s comments.

“Bruce he let me down,” Franco tweeted. The 127 Hours star also posted a photograph of himself and Vilanch with the words “James f*cked up the Oscars. Trust me, I know comedy. I mean, come on, I write for Bette Midler!”

In Wellington, New Zealand, director Peter Jackson confirmed the official start of production yesterday on The Hobbit, his two 3D movies telling the story of Bilbo Baggins fighting a dragon named Smaug and discovering the ring that would later be discovered by Frodo. London’s Independent reported on the highly anticipated start after funding problems with the studio, a threatened actors’ strike and ulcer surgery for Jackson. Earlier, New Line Studios, Warner Bros and MGM have registered the titles The Hobbit: There and Back Again and The Hobbit: An/The Unexpected Journey.

In the latest PR stunt from former Two and a Half Men star Charlie Sheen, the embattled celebrity made a surprise appearance on last night’s Jimmy Kimmel Live and promptly planted on a kiss on Kimmel. According to The New York Daily News, Sheen also flashed a “Winning” t-shirt and a Fox coffee mug on the show perhaps as a hint regarding future career plans.