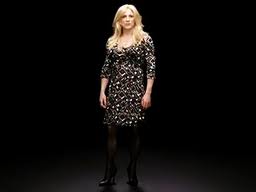 Plenty of bizarre celebrity behavior this week (yes, I’m taking to you Charlie Sheen) but James Bond star Daniel Craig went drag for the best of reasons. In support of the 100th Anniversary of International Women’s Day, Craig dressed in a blonde wig, high heels and a dress for the UK ad WeAreEquals.org in support of International Women’s Day. According to the New York Daily News, Craig, 43, took part in the ad with his Bond co-star Judi Dench providing sobering facts about women in life and work via a powerful voice-over.

Warner Bros. became the first studio to offer film rentals through Facebook with The Dark Knight being made available to U.S. Facebook users for $3 or 30 Facebook credits. The Hollywood Reporter reported that Facebook users could also comment about the movie, interact with friends about the movie as well as update their Facebook status.

“Making our films available through Facebook is a natural extension of our digital distribution efforts,” said Thomas Gewecke, President of Warner Bros Digital Distribution via a press statement. “It gives consumers a simple convenient way to access and enjoy our films through the world’s largest social network.”

Martin Scorsese made news away from the movie set today via a New York Post headline revealing that the IRS hit the 68-year-old filmmaker with a $2.85M back-tax bill.

“The IRS prematurely filed this lien even though Mr. Scorsese had an agreement with the IRS to make payments and was fully complying as of this moment,” spokeswoman Leslee Dart told the Post. “The entire amount is fully paid and he has no current IRS debts.”

The latest chapter in the Charlie Sheen controversy unfolded yesterday as Warner Bros. fired him from Two and a Half Men and the 45-year-old actor responded with footage of him waving a machete from the roof of the Live Nation office building in Beverly Hills and a new webisode of “Sheen’s Korner” that featured him rambling about trolls and his impending lawsuit.

Asked if he was happy about the lawsuit, Sheen, told TMZ he was, “Because now I can take all of the bazillions in court, never have to look at show creator Chuck Lorre again and I never have to put on those silly shirts for as long as this warlock exists in the terrestrial dimension.”

Meanwhile, away from Sheen’s Beverly Hills House, or what he calls “Sober Valley Lodge,” the guesswork over the show’s future picked up steam since co-stars Jon Cryer and Angus T. Jones have not been released from their contracts.